Warning: Invalid argument supplied for foreach() in /home/customer/www/tatalitlive.in/public_html/wp-content/themes/ll-live/single-author_lounge.php on line 21

Back To Author’s Lounge

Less than a year after the release of Gun Island and his Jnanpith win, Amitav Ghosh has announced three new projects with HarperCollins India. The first of the new trio will be Jungle-Nama, a verse retelling of the legend of Bon-Bibi, a Sunderbans epic. The second is a new collection of essays while the third, The Invisible Hand, is a work of non-fiction informed by Ghosh’s research for the Ibis trilogy. Firstpost caught up with Ghosh in New Delhi recently. The following are edited excerpts from the conversation:

During our last meeting, we spoke briefly about Bon-Bibi (and books like The Honey Hunter, which also features Bon-Bibi) and her importance in the Sunderbans. Was this a story you had always intended to tell on its own terms, or was it something you realised you wanted to do while working on The Hungry Tide?

I had previously translated some parts of the Bon-Bibi story, using it at a few places in The Hungry Tide, that’s true. But what was really interesting to me here was that the Bon-Bibi legend, like all the Bengali mangal-kaavyas, was written in a particular metre — the ‘dvipadipayar’.

Two-footed metre, that’s right. So, apart from the bits I translated, I realised that there are whole sections in the book that are actually in dvipadipayar. It’s a metre that I’ve always enjoyed, and now I found it very interesting to work with, too. It’s very much geared towards chanting or reading aloud. Again recently, when I was reading up on the legends of Manasa Devi for Gun Island, I came back to the dvipadipayar and thought that I should tell this story. As a narrative, it conceptualises the whole balance between the human and the non-human. Bon-Bibi is a figure who mediates between them (the human and the non-human).

You don’t have too many stories like that today and besides, I’ve never done a full-length translation from verse before. When you’re translating, you’re using a certain part of your brain and when you’re reading verse you’re using a certain other part of your brain — and so translating from verse involves a wholly different part! It was very exciting for me.

As far as the character of Bon-Bibi is concerned — there’s this tendency, especially with commentators from ‘mainland’ India, to look at characters like her and project onto them a kind of well-meaning ‘hybridity’, a Hindu-Muslim syncretism. However, would you say that this isn’t a particularly useful way of studying these stories, stories that come out of places like the Sunderbans (or any number of places in the North-East, for that matter) where the usual knowledge systems do not apply?

Absolutely — the Bon-Bibi legend can be called ‘hybrid’ or whatever, but a hybrid of what?

The truth is that these stories come from an imagination where these distinctions (Hindu-Muslim etc) were not made in the first place, where stories of different kinds mingled.

Again, I want to stress that this is not unique to the Sunderbans. For example there are so many stories around a figure called Ghazi Pir, sometimes also translated into ‘Ghazi Baba’. You must have heard of the Satyanarayana stories — well, there are some stories featuring a figure called ‘Satya Pir’. They’re very similar! In a sense, the culture of Bengal is so, well, ‘hybrid’ that it is its own thing.

Now, of course, there are all sorts of new orthodoxies in play, from Hindus, from Muslims. Neither side particularly likes Bon-Bibi. There is an attempt to impose boundaries on an imaginative universe where these boundaries just did not exist. Then again, all belief systems change with time. I guess this (new orthodoxy) is the change we’re all heading towards.

We’ve spoken a couple of times about the work of Raymond Williams and his concept of ‘ecosystem people’ (indigenous folks living in a state of ecological balance with their surroundings), both in the context of The Great Derangement and now Gun Island — do you think that stories like Bon-Bibi’s come easier to India’s own ecosystem people, in Himachal Pradesh, in Assam and so on?

Yes, and part of the reason is simple: if you’re a city-dweller, a story like Bon-Bibi is an oddity to you. But if you’re living in the Sunderbans, Bon-Bibi is your life. When you step out of your house, there are any number of ways you could be killed. You could be eaten by a shark or a tiger. Your boat could be trapped in a storm. That sense of reliance is much more powerful when you’re not a city-dweller. 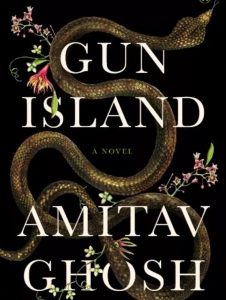 In The Great Derangement, you talk about graphic novels as a powerful new way of expressing truths about climate change — a way of moving beyond the limitations that text imposes on you. Jungle-Nama is supposed to be an illustrated work, isn’t it? Did you think about maybe targeting a younger readership (like young adults, or the YA segment) with an illustrated book?

Indeed, and eventually we’re going to release a graphic novel version of the book, too, after the initial, illustrated edition is out. This was one of the challenges of Jungle-Nama for me, that I’d work with an illustrator and move beyond modes of thinking that were purely textual.

My publishers and I did think about this, actually. But we decided against it. Who is a young adult these days anyway? Is there a consensus? I mean, my 14-year-old daughter read Moby Dick, which I’d have found unthinkable at her age. These categorisations are much less useful than they used to be, before the Internet came along.

About the second book you’ve announced, the book of essays — are they more reportage-oriented or literary?

There’s not much reportage there. The first essay from that book is actually going to be published in the Journal of Comparative Literature soon. It’s basically about this: how do you write about a culture like India in one language? The challenge that this presents is something that every single writer in India is grappling with (not just Indian English writers): how do you express the realities of such a multilingual culture in one language? You see this so powerfully in the work of someone like a Shrilal Shukla or a Girish Karnad.

When I was reading Sea of Poppies about five or six years ago, one of the things that struck me about its plot was that again and again, victims of systemic oppression (along caste/gender lines, especially) looked towards capitalism as an escape route. And on every occasion, capitalism failed them. While you were researching the Ibis books, did you find that this was the case with most individual accounts you came across? Is that some of what The Invisible Hand (which refers to Adam Smith’s theory of the same name about the free market) is going to be about?

I’ve been circling around this book, The Invisible Hand, for a long time now. The thing that became very clear to me while researching and writing the Ibis trilogy was that China, and the Chinese trade, influenced Indian society in a deep and pervasive manner, in ways that we haven’t even begun to understand yet. And there aren’t all that many books about it, too… 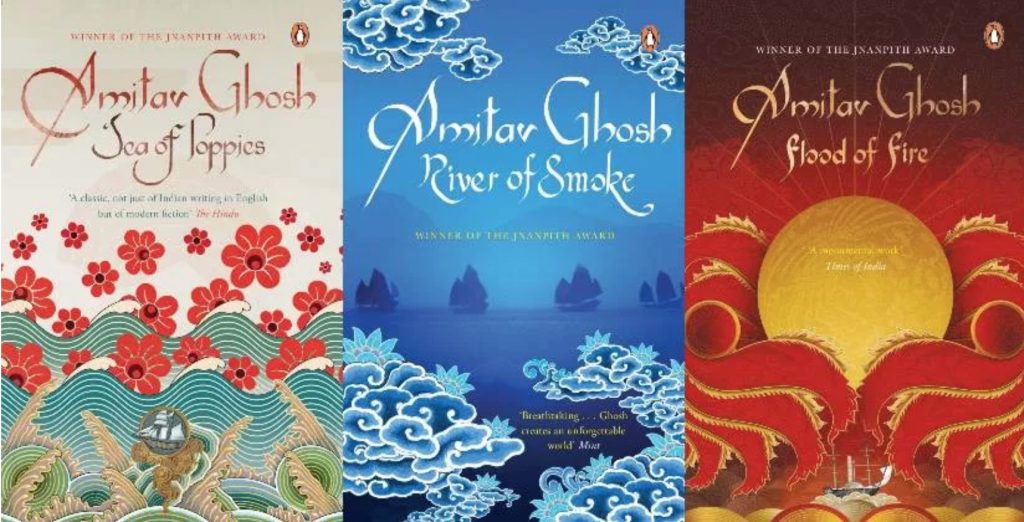 To be fair, there are academic books on the subject, like Amar Farooqui’s Opium City.

Oh that’s a really good one. There’s another one, a very good book by Rolf Bauer (The Peasant Production of Opium in Nineteenth-Century India).

But you know, even Farooqui’s book was about the opium trade’s impact on the Western coast of India. And one of the things that people often don’t realise with the opium trade is that its impacts on the Eastern and Western parts of the country were totally different. And I think that we can see the lasting effects of that to this day—compare the commercial dynamism of Western India to the underdevelopment of Bihar. One of the interesting things about Bauer’s book is that he has compared opium-growing districts of Bihar to non-opium districts. It becomes clear that the opium trade absolutely contributed to the state’s modern-day under-development. And that’s just one example: there are all sorts of factors like these.

Regarding the interplay of capitalism and imperialism in the Ibis trilogy — a possible reading of the books’ plots could be that broadly speaking, capitalism begets imperialism, that out-of-control capitalists like the East India Company would inevitably grow more ambitious still, and become imperialists (while the dominant capitalists of this age haven’t literally done that, they have circumvented governmental authority across the globe). Do you agree with this? Why/why not?

What we call capitalism, really, only comes into being towards the end of the 18th century. And by then, I think the conditions that allowed it to flourish in Asia were already very much in place (conditions that came about due to imperialism).

I also think that it’s very important to make this distinction — now perhaps more than ever before. Because there are a lot of voices — my friend Naomi Klein among them — who reckon that if we get rid of capitalism or make suitable modifications, that we’d be able to solve problems like climate change and so on. But when I look around the planet, I see that the dynamics of climate change are still very much driven by the empire’s remnants. Who are the countries that are the biggest climate change deniers? They’re all settler colonies.

This article was originally published in Firstpost.